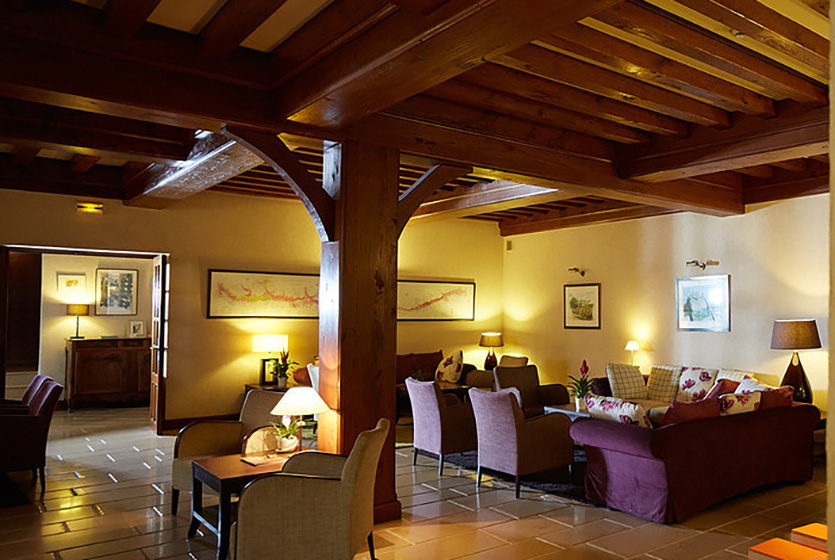 A PDF file is attached to this article.
Do you want to open it? Open the file

Its buildings surround the square

The establishment had begun, in recent years, to expand around the Place du Pasquier-de-la-Fontaine, formerly the Place des Marronniers.

He had added two beautiful buildings with La Residence and Villa Christine.

The establishment has also recently acquired another beautiful residence, initially designed by its former owner, to be accommodation.

The investors, Stéphane Petrossian and Philippe Der Megreditchian wasted no time by also restoring another family house, located next to Villa Christine, around the same square.

These different projects, carried out simultaneously in these five buildings, call on many local businesses.

It is in the last acquisition, an imposing building with 16th century vaults, that the future gourmet restaurant will take place.

With such a real estate heritage, Stéphane Petrossian and Philippe Der Megreditchian will be able to add new services that they consider essential to a “destination hotel”: a Spa and well-being center, a bistro side, a gourmet restaurant, rooms and renovated suites.

The challenge for the new director, Florian Bonnin, will be to raise the hotel to the level of a five-star and reclaim the restaurant's Michelin star.

“We want an evolution, not a revolution. We want to keep the acquis ”, explain the new bosses. This is why they keep the employees, as well as the chef Romain Versino, who dreams since he arrived in 2018, of taking back the star lost by his predecessor. Alongside Florian Bonnin, “Thierry Gazagnes will remain in the environment”. Florian Bonnin, 27, who worked at Ducasse Conseil, was already following Le Montrachet. He knows his operational teams well.

Puligny-Montrachet Becomes a Haven of Luxury

The town of Puligny-Montrachet, known worldwide for its grands crus, already offers another address which has given rise to a school in wine tourism in Burgundy: the 4-star hotel and Olivier Leflaive's restaurant, Place du Monument, not to mention L ' Estaminet des Meix, Place du Pasquier-de-la-Fontaine and the Caveau de Puligny-Montrachet or the Hotel La Chouette.

Nearby, in Chassagne-Montrachet, one should not miss the Michelin star, Ed.Em and in Chagny, less than 6 km away, the Maison Lameloise, with three Michelin stars.

Such a density of large tables will enhance the appeal of this small town which combines luxury and serenity.

Artemest, The Online Home Of Italian Design Excellence, Has Launched In The Middle East